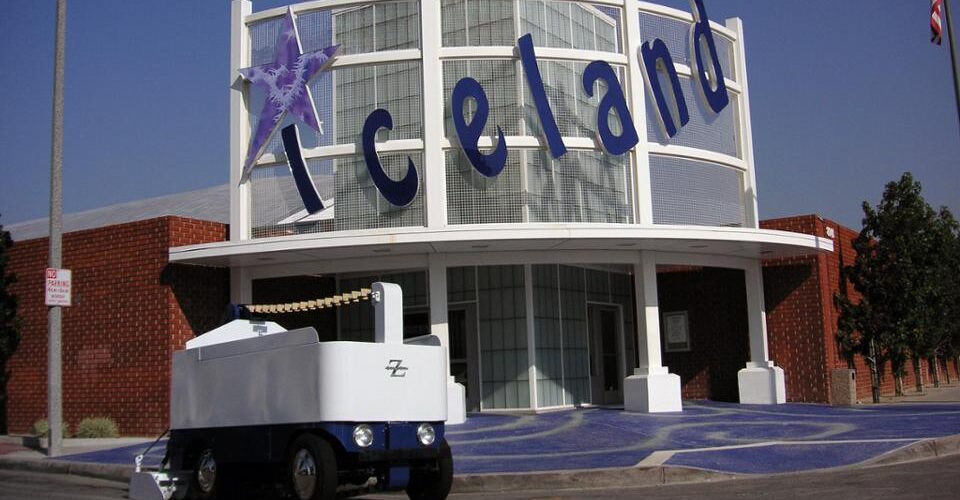 Home to the first Zamboni machine, a new name and significant upgrades are forthcoming; original Zamboni model to be displayed in lobby

The LA Kings, AEG, and American Sports Entertainment Company (ASEC) have purchased the newly-named LA Kings Iceland at Paramount, the group announced today. The transaction includes the acquisition of the land, building and historic business formerly known as Paramount Iceland.

In addition to being a mainstay in Paramount and serving the community in the greater surrounding area since 1940, LA Kings Iceland at Paramount (8041 Jackson St, Paramount, 90723) is home to the first Zamboni machine and part of the purchase agreement includes a new Zamboni museum to be established in honor of the late Frank J. Zamboni, the inventor of the world’s first ice resurfacing machine. The museum will include Frank’s original Zamboni ice resurfacing machine (the Model A) as the highlight of the museum, and the facility will continue to feature its Wurlitzer organ – the only pipe organ currently playing regularly in any ice-skating arena in the country – which was first installed in 1941.

“We believe LA Kings Iceland at Paramount will be a long-term, sustainable ice and entertainment center for our community, and we are thrilled to make this announcement,” said ASEC President Brad Berman. “We recognize and appreciate the history of the Zamboni family and are not only committed to restoring the facility, but also enhancing the facility for future generations of athletes and visitors.”

The facility is now closed as part of a significant alteration-and-improvement project at a cost of approximately one million dollars. The facility will re-open in mid-August and be operated by ASEC in coordination and support of the Kings and AEG.

Said Kings President and Hockey Hall of Famer Luc Robitaille: “I love the fact the community has supported LA Kings Iceland at Paramount for more than 80 years and we are honored to expand upon the mission set forth by Frank and Richard Zamboni. ASEC and the Kings are committed to playing a key role in the next chapter of ice sport in Paramount, the neighboring cities and beyond, and growing the game of hockey throughout Southern California.”

On May 1, the facility closed to begin the renovation process. Today, the deal was finalized with Richard Zamboni, the previous owner of the facility

The single-sheet ice facility had only been open in recent years for private ice time due to COVID-19 restrictions. Today’s announcement is the latest in a series of Kings/ASEC joint ventures in Southern California ice sports management. In recent years, the Kings and ASEC announced a new, multi-year lease agreement with Promenade on the Peninsula in which ASEC and the Kings would re-open and operate the ice skating facility in Rolling Hills Estates; the City of Santa Clarita awarded a contract to the Kings and ASEC for the operation of the city-owned ice rink located in Valencia; and ASEC and the Kings renovated Pickwick Ice in Burbank at a cost of approximately $1 million with the facility rebranded as LA Kings Pickwick Ice Center.