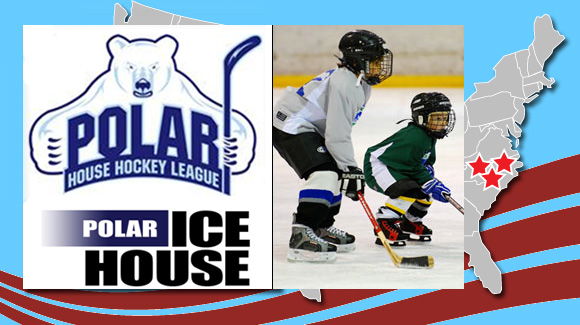 Raleigh, NC, May 3, 2013 — The Polar Ice Houses in Cary, Garner, and Wake Forest are proud to announce the launching of a new recreational youth hockey league.  The Polar House Hockey League (“PHHL”) will begin play in the fall of 2013.

With the focus of the league being the creation of an enjoyable recreational ice hockey experience, the PHHL philosophy centers around promoting the game to boys and girls of all skill levels in a competitive, organized environment that fosters camaraderie, friendship, and physical fitness.

“We are excited about offering a well-organized youth league to young hockey players in the area. The development of the PHHL underscores our continued commitment to providing North Carolina residents with a superior recreational product and experience,” said Randy Lee, Polar Ice House Cary General Manager.  “Moreover, the league will serve as another avenue to grow the game of hockey at the grassroots level.”

The new Polar House Hockey League will be comprised of a North Division, playing out the Polar Ice House Wake Forest rink, and a South Division, playing out of the Polar Ice Houses in Cary and Garner.  The two divisions will have an upper tier and lower tier at the U8, U10, U12, U14, and U18 levels.  At the conclusion of the regular season, all teams will participate in an end of season North/South Tournament.  All players will receive personalized team jerseys and socks, and the league will present end of season trophies and awards.

League registration will commence on May 15th both online and at all Polar Ice House locations.  Additionally, each Polar Ice House location will host an Open House Registration where newly registered PHHL players will have the opportunity to participate in a free clinic and will receive a stick and puck punch pass.  Open House Registrations be taking place at the following locations and dates:

About the Polar Ice House

The three Raleigh area Polar Ice Houses are located in Garner, Cary and Wake Forest. They offer a wide variety of ice entertainment including: public skating sessions, birthday parties, track out camps and learn to skate programs. Each location is equipped with the latest in hockey and skating equipment. For more information, please visit http://www.polaricehouse.com.